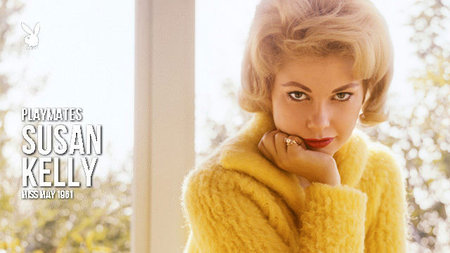 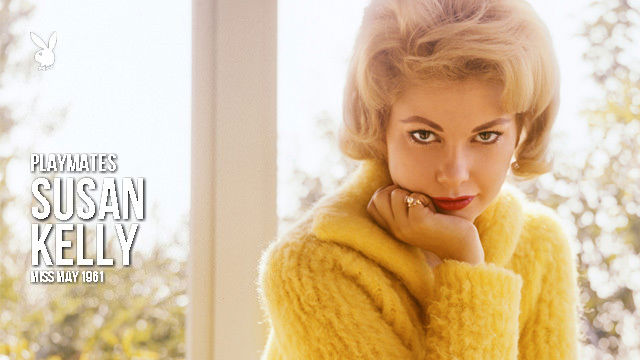 There's a creaky adage in Hollywood, harking back to the halcyon days of Ramon Navarro and Louise Fazenda, that the shortest distance between obscurity and stardom is not through Central Casting. Tinsel-town moguls seem to make a point of discovering box-office potential in less obvious surroundings, and there's no pat formula for the time or the place. The latest and loveliest proof of the ancient dictum is Susan Kelly – blonde, brown-eyed and built – who went to Celluloid City several orange crops ago to teach English. (Honest.) It then followed as the night the day that Susan was discovered (which, in this case, was like discovering snow in Alaska) by producer Albert Zugsmith. He promptly made an ex-schoolmarm of her by offering a contract instead of an apple and casting her as a curvy WAC lieutenant in Allied Artists' Dondi. From the looks of our superbly structured Miss May, it's no trick to predict her Oklahoma University sheepskin in education will become a mere wall decoration, but the little tots' loss is their older brothers' gain. Miss Kelly's class – the class of 36-22-35 – figures to get A+ for attendance in her concentrated course in anatomy.

AMBITIONS: To be an actress – not just a "star" – and have money and a handsome husband and family.
TURN-ONS: Chocolate pie, sleeping late, reading newspapers, perfume.
TURNOFFS: Getting up early, not having enough money, having so many people know my business.
HOBBIES: Singing, dancing, sewing, cooking, playing the piano, and designing clothes.
FAVORITE ACTIVITIES: I love football games, horseback riding and going barefoot.
HIGHER ED: I have a degree in education from Oklahoma University.
WHAT I LIKE IN MEN: Most everything except dirty hands and dirty fingernails.
BACKGROUND: Cherokee Indian, French and Irish. 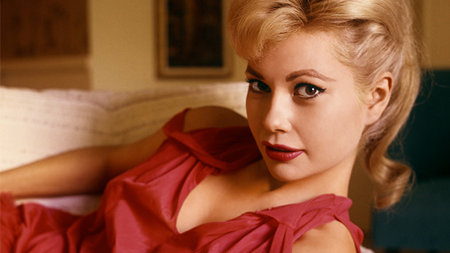 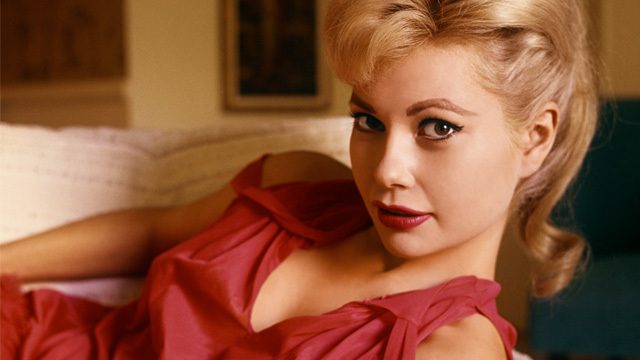