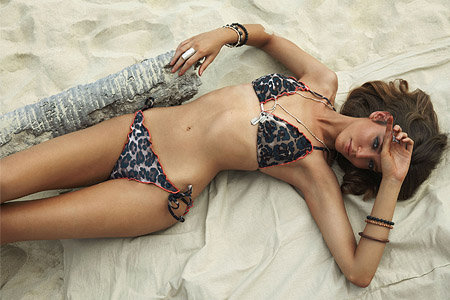 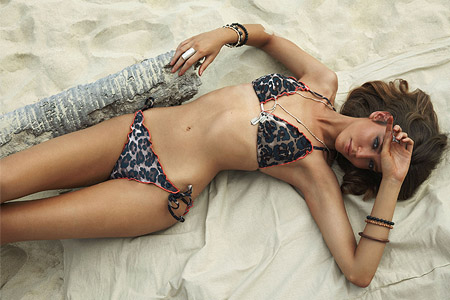 Clara Alonso (born 27 September 1987 in Madrid) is a Spanish fashion model. Alonso was the only Spanish model to walk in the 2008 Victoria's Secret fashion show since 1999
A regular in the Spanish runways, this blonde Madrilenian did not make the jump internationally until she finished her studies. Once completing her studies she coincided with John Pfeiffer, a prestigious casting director for prominent shows, thereafter jobs abroad filled her agenda. In Florence in June 2008, Diane von Furstenberg hired Alonso for her "Cruise 2008-09" collection and months later was called to New York for the spring-summer 2009 fashion shows. In the Big Apple, she also had the opportunity to work for Custo Barcelona. At 21 Clara became Spain's new top model chosen to be in the Victoria's Secret fashion show on November 15, 2008 held in Miami. A historic landmark, since only two other compatriots, Esther Cañadas in 1997, and Eugenia Silva in 1998 and 1999, managed to participate in the VS fashion show